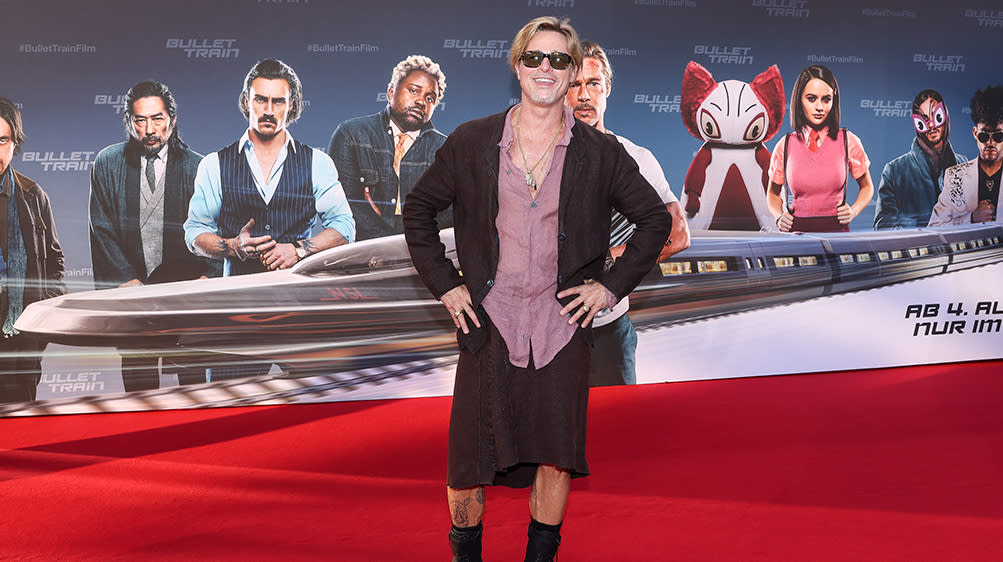 Brad Pitt took a moment to comment on his recent fashion escapades at the Los Angeles premiere of “Bullet Train” on Monday night.

The actor impressed as he continued the worldwide promotion circuit for the action film, making headlines last week for wearing a linen skirt to the film’s premiere in Germany.

Pitt gave the best explanation he could for the inspiration behind the look.

“I don’t know! We’re all going to die, so let’s screw it up,” Pitt told Varieties Marc Malkin.

The star wore no skirt for the film’s premiere in Los Angeles, but wore a roomy green suit complemented by a teal shirt and vibrant yellow sneakers.

In ‘Bullet Train’, Pitt plays a hit man who must fight his way through a train full of dangerous killers, played by actors such as Bad Bunny, Joey King, Aaron Taylor-Johnson and Brian Tyree Henry. The group discovers that all of their assignments overlap and things spiral out of control from there. “Deadpool 2” and “Atomic Blonde” director David Leitch directs the action movie.

While the violence in “Bullet Train” is almost relentless, Pitt clarified that he was happy to hand over some dangerous moments during production to a professional stuntman.

“I’m trying to get out. I like a stuntman,” Pitt said. “This was an action comedy, something I’ve never done before. David and I had always been huge fans of Jackie Chan. We’ve been talking about him for decades. He’s kind of our Buster Keaton. He is so talented and even underestimated. Just doing something along those lines really appealed to me.”

Pitt also said he was able to avoid injuries during the making of the film, although some of his fellow cast members weren’t so lucky.