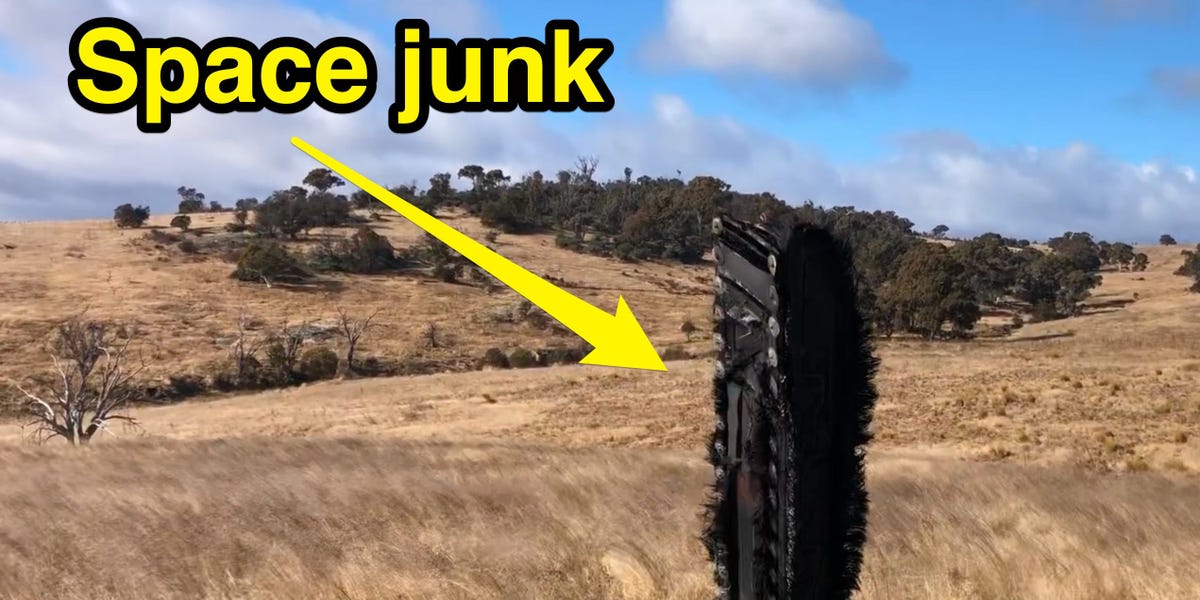 Australian farmers mysteriously found space debris scattered across their fields last month. An astrophysicist who has examined the junk now believes it came from a SpaceX flight.

People near Dalgety, New South Wales, found three large pieces of rubble, the largest of which — a three-foot-tall triangular structure — had been planted firmly in the ground, the Australian Broadcasting Corporation reported.

The objects were scarred by scorch marks, consistent with reentry, ABC reported.

Brad Tucker, an astrophysicist who inspected the debris, said in a video that they were likely fragments from the trunk of a SpaceX Dragon plane used during the Crew-1 mission in 2020. Some fragments had serial numbers, Tucker said.

Scientists knew that debris from the Dragon spacecraft could fall into the area around early July, and the debris is a “good match” for the trunk’s flight path on July 8. the astronomer Jonathan McDowell tweeted.

“I went there and looked at the pieces myself, I have no doubt it’s space junk,” Tucker told Space.com.

Sheep farmer Mick Miners discovered the 10-foot-tall object in his field on July 25, he told ABC. His neighbor, Jock Wallace, had also found debris in his field the week before, and people in the area also reported hearing a loud bang on July 9, ABC reported.

Wallace first reported the finding to the local civil aviation safety authority, who told him to call NASA.

“I’m a farmer from Dalgety, what am I going to say to NASA?” Wallace told ABC.

He also said of the rubble: “If it fell on your house, it would be a huge mess.”

The Australian Space Agency and New South Wales Police are investigating the objects to confirm their connection to spaceflight, ABC reported Monday.

“Ultimately, SpaceX, or at least the US, will have to make a statement about whether they want to keep it or return it, or not,” Tucker said, according to ABC.

However, scientists are sounding the alarm over space debris, saying the problem will only get worse as space travel intensifies.

The news comes as debris released by a Chinese Long March 5B rocket returned unchecked to Earth on Saturday.

The landing area consisted largely of water and deserts, making the chance that it would fall on inhabited areas was very small. Most of the debris burned on return, the China Manned Space Agency said, CNN reported.

Still, NASA has been critical of the approach, stating that the debris poses “a significant risk of loss of life and property,” according to CNN.

It was the second time China had dropped debris from its massive rocket uncontrollably onto Earth.