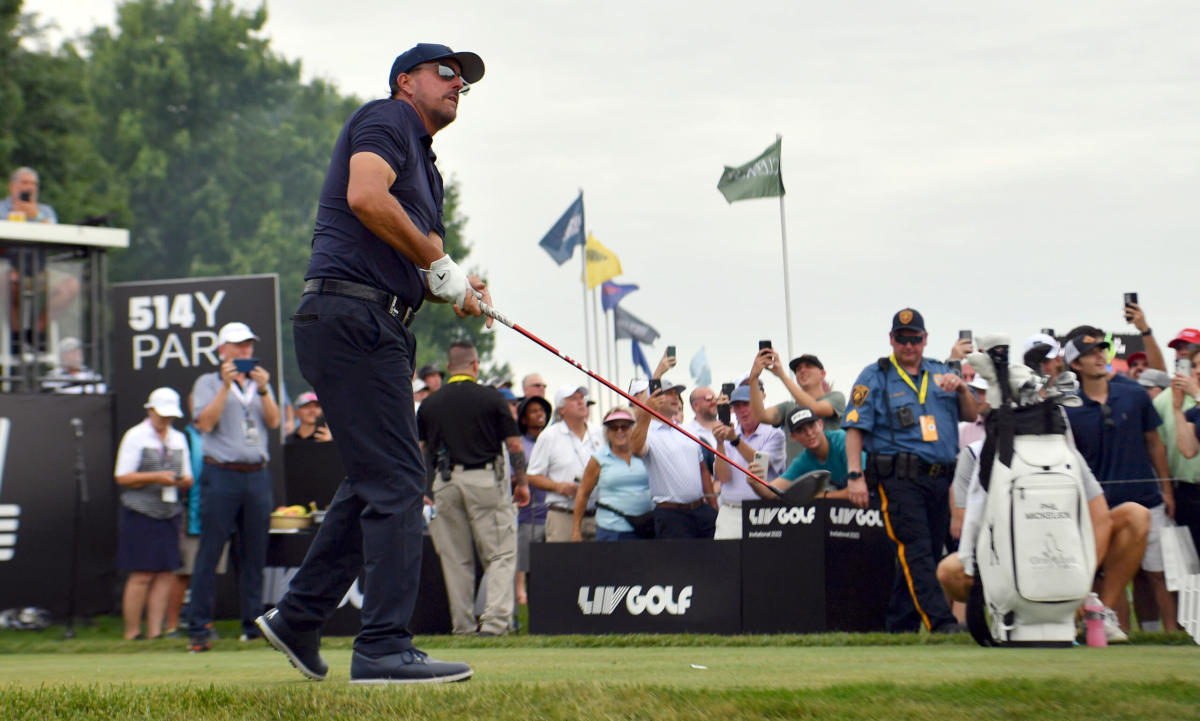 Talking about lawsuits between the breakaway Saudi Arabia-backed LIV Golf Invitational Series and the PGA Tour was just that. Until now.

As first reported in the Wall Street Journal on Wednesday, 11 LIV golfers filed a lawsuit to challenge their PGA Tour suspensions.

Phil Mickelson and Bryson DeChambeau are among the eleven to sue the Tour.

Three other LIV golfers – Talor Gooch, Matt Jones and Hudson Swafford – are part of the lawsuit as they seek a temporary restraining order so they can play in the FedEx Cup Playoffs of the PGA Tour.

The three-event PGA Tour postseason begins next week in Memphis. Gooch, Jones and Swafford qualified for the playoffs before leaving for LIV.

The lawsuit, obtained by Golf weekstilt:

As the Tour’s monopoly power has grown, it has used its dominance to create an arsenal of anticompetitive restrictions to protect its long-standing monopoly. Now, threatened by the entry of LIV Golf, Inc. (“LIV Golf”), and diametrically opposed to its founding mission, the Tour has ventured to damage the careers and livelihoods of golfers, including plaintiffs Phil Mickelson, Talor Gooch, Hudson Swafford, Matt Jones, Bryson DeChambeau, Abraham Ancer, Carlos Ortiz, Ian Poulter, Pat Perez, Jason Kokrak and Peter Uihlein (“claimants”), who have the audacity to brave the Tour and participate in tournaments sponsored by the newcomer. The Tour has done this in a deliberate and relentless attempt to crush nascent competition before threatening the Tour’s monopoly.

LIV Golf has now hosted three events and ahead of each event, a new group of PGA Tour and DP World Tour players have joined the starting circuit, supported by Saudi Arabia’s Public Investment Fund. And every time the Tour has suspended them.

Saudi Arabia has been accused of large-scale human rights violations, including politically motivated killings, torture, enforced disappearances and inhumane treatment of detainees. And members of the royal family and the Saudi government were charged with involvement in the murder of Jamal Khashoggi, a Saudi journalist and Washington Post columnist.

‘I wish it weren’t so. I think wherever you qualify, you have the credentials to play somewhere, you should be able to do that,” Ancer told Golf Week last week at the LIV Golf Invitational Series event at Trump National Bedminster. He also thinks he would play in the playoffs if he had the chance. “Everything changes by the day so I don’t even know what’s happening. I’m committed to LIV, but I’d love to play all over the world. We’ll see what happens.”

Matthew Wolff could not give a definitive answer on whether or not he would enter the playoffs when asked at Trump Bedminster, but said he would “definitely consider it”.