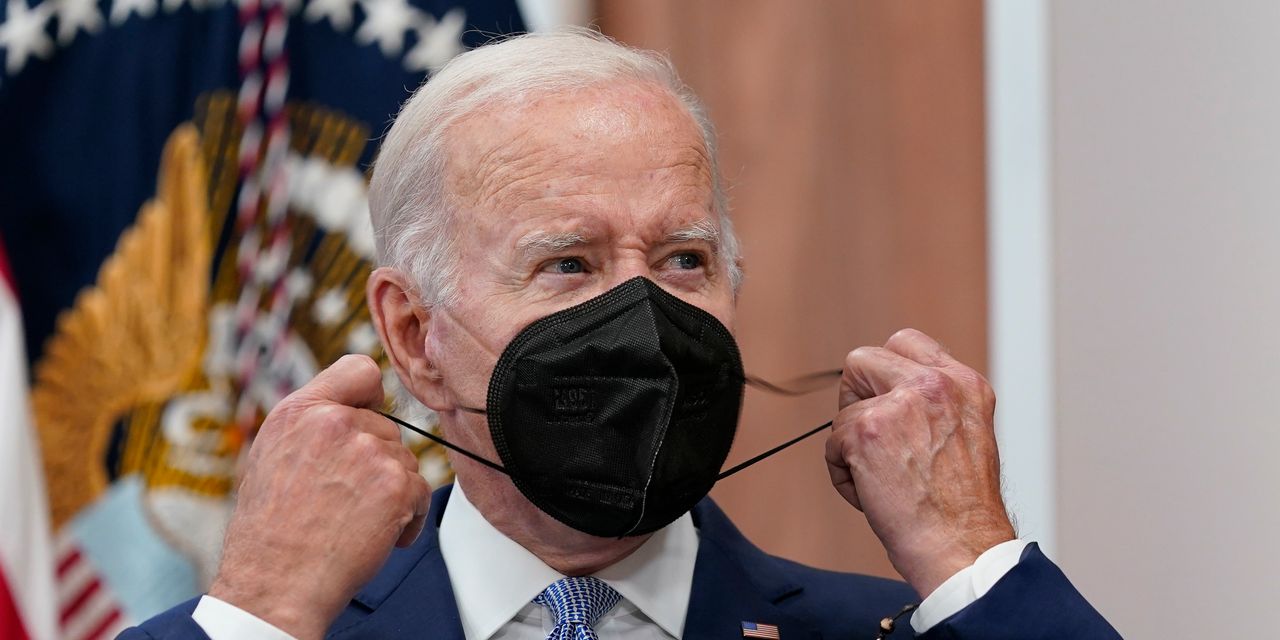 President Joe Biden is expected to continue working from his office on Tuesday as he isolates for at least five days in accordance with the Centers for Disease Control and Prevention guidelines for people who test positive for COVID.

The president tested positive again on Monday in a “rebound” case, a rare outcome of the antiviral drug Paxlovid he was treated with last week.

Do not miss: Paxlovid has been given to Biden and millions of Americans infected with COVID-19. In the UK it is on the shelf.

However, experts are concerned that the CDC’s guidelines on isolation are confusing and do not reflect the changing nature of the virus some two-and-a-half years after the pandemic, the Washington Post reported.

The CDC recommends a timeline of five days of isolation, but does not push for a negative test that would prove that a patient has stopped shedding virus and is unlikely to infect another person. But new research shows that people often remain contagious for more than five days, meaning it’s vital that when they end isolation, they continue to wear a well-fitting mask around others at home or indoors until day 10, the paper reported. .

“Since a significant proportion of people have a rapid positive test after 5 days, I think an updated recommendation should include people who have a negative rapid test before coming out of isolation for COVID,” Tom Inglesby, director of the Johns Hopkins Center for Health Security and the senior adviser to the Biden administration on testing from December to April told the Washington Post.

The CDC is expected to unveil new recommendations in the coming weeks after an internal review, according to the Post, citing three officials and advisers who spoke on condition of anonymity. However, a draft of the update does not include a testing requirement before the isolation ends, they said.

Also read: Campus COVID-19 vaccine mandates had the greatest impact on colleges with low-income students. This is why they were so effective.

The daily average for new U.S. cases remains close to 130,000 per day, but not all data is captured because many people test at home. The average stood at 121,313 Monday, according to a New York Times tracker, down 4% from two weeks ago.

Coronavirus update: MarketWatch’s daily roundup collects and reports the latest developments since the start of the coronavirus pandemic every weekday

Other COVID-19 news to know about:

• Japan is considering changing its COVID-19 reporting protocols, including a change in the way it collects case numbers, in an effort to reduce the burden on hospitals as they come under a new wave sweeping across the country distributed, The Japan Times reported, citing government sources. Medical facilities and public health centers are currently working together to report total COVID-19 cases to the government, but the change may limit the reporting of cases to designated institutions. Because the prevalent omicron variant has less risk of causing serious disease compared to previous strains, some government officials have questioned the need to report each case. The government is expected to start formal talks after the seventh wave of the pandemic is wiped out.

• President Joe Biden plans to appoint top officials from the Federal Emergency Management Agency and the Centers for Disease Control and Prevention to serve as White House coordinators to fight the growing monkeypox outbreak, the Associated Press reported, as the disease replaces COVID in the headlines. Biden will announce Tuesday that he tapped Robert Fenton, who helped lead FEMA’s massive vaccination efforts for COVID-19 as the agency’s acting administrator when Biden first took office, as White House coordinator. dr. Demetre Daskalakis of the CDC will be his deputy. Daskalakis, the director of the agency’s HIV prevention division and a national expert on issues affecting the LGBTQ community, previously helped lead the COVID-19 response in New York City. Separately, California Governor Gavin Newsom declared a state of emergency over efforts to fight the monkeypox outbreak, becoming the second state in three days to take the step, after New York.

is dropping its face mask mandate for employees in “most locations,” The Verge reported, citing an internal email from the company’s COVID response team obtained it. “Don’t hesitate to continue wearing a face mask if you feel more comfortable doing so,” the email reads. “Also, respect each individual’s decision whether or not to wear a mask.” The move comes amid a wave of the highly transmissible BA.5 variant of COVID-19. Earlier this week, the Bay Area transit system BART brought back its mask mandate.

• The number of companies filing for voluntary liquidation in England and Wales hit a record second quarter after COVID support programs were removed, Reuters reported. Total corporate insolvencies rose 81% from April-June last year, the bulk of which were creditor voluntary liquidations (CVLs), the highest since registration began in 1960, according to the Insolvency Service of the United States. government. The total number of corporate insolvencies was 13% higher than in the January-March quarter.

This is what the numbers say

The global number of confirmed cases of COVID-19 reached 578.5 million on Monday, while the death toll rose above 6.40 million, according to data collected by Johns Hopkins University.

The tracker from the Centers for Disease Control and Prevention shows that 223.2 million people in the US have been fully vaccinated, which is equivalent to 67.2% of the total population. But only 107.9 million have had a booster, equivalent to 48.3% of the vaccinated population, and only 19.9 million of those 50 and older who qualify for a second booster have had one, right. to 30.9% of those taking a first booster.